We possess many years of experience in mergers, acquisitions and sales of companies as well as organized parts of enterprises and in obtaining financing for companies for various strategic goals with individually tailored financial engineering. We have been operating on the real estate market for several years, where through special purpose vehicles we create and implement, on our own account, development projects.

As part of the merger, acquisition and sale of share packages, our specialists identify partners for the transaction, build its structure, taking into account financial, management, legal and tax aspects, and we provide complex services, including conducting negotiations on behalf of the Client. We have unique experience in the field of reorganization processes, ownership transformations, as well as techniques such as management buyouts (MBO / MBI) and buyouts supported by collateral on the acquired property (LBO / LBI). 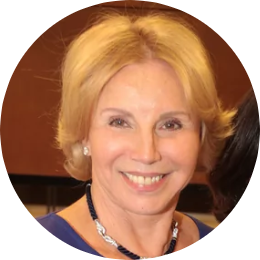 Ewa Plucińska – a known lawyer and one of the first businesswomen in Poland funds EVIP, which becomes the basis for the growth of business in Poland. The company begins its business activity in the scope of legal, administrative and financial-analytical services. EVIP helped in establishing the first companies with international capital in Poland amongst, which were: Armatura Olesno with German capital, Stocznia Jachtowa in Szczecin with Swedish capital, PUMA with Jewish capital, La Panthera with Austrian capital and many, many others.

Ewa Plucińska initiated the establishment of EVIP International Sp. z o.o., which scope of services is dedicated to professional strategic consulting for Companies. One of the more important events on the market in that time period in Poland, which was begun by EVIP, and continued by EVIP International Sp. z o.o., was the introduction to the Polish market of many international investors, amongst which were such concerns as The Coca-Cola Company and Shell.

A natural consequence of the company’s growth was the establishment by Ewa Plucińska of the holding constituting of seven specialized consulting companies linked operationally and by capital to form EVIP Business Consulting Group. The Group which was managed and controlled by Ewa Plucińska was legally supported by the law office Kancelaria Prawna Plucińska i Wspólnicy sp. komandytowa.
During the transformation period of the Polish economy, EVIP Business Consulting Group became the largest Polish consulting company in Poland, taking part in conducting the largest privatization processes in Poland, including the privatization of: Polskie Huty Stali, Stocznia Gdańska S.A., Cefarm Warszawa S.A., Huta Oława S.A., Poznańskie Zakłady Przemysłu Spirytusowego „Polmos” S.A., WSK – PZL Rzeszów S.A. (for Pratt & Wittney) and others. EVIP Business Consulting Group conducted IPO’s on the Polish stock exchange for such companies as Softbank, Kopex, Kęty, S.A., Mostostal Siedlce, Hutę Oława and others.

One of the companies within the Group, EVIP Progress S.A., became an active co-investor in the acquisition of the Gdańsk Shipyard in bankruptcy. Until 2006, EVIP Progress S.A. was the co-owner, together with American Government Funds of the development Company Synergia 99, a spin off from the Gdańsk Shipyard, which result is the realization of one of the largest development projects in Poland: Młode Miasto Gdańsk www.mlodemiasto.pl.

Dynamic changes of the Polish market resulting from the need to adjust Poland to the European Union requirements and the globalization process force the owner of the Group to making drastic managerial changes in the Group’s capital structure. Ewa Plucińska makes a conscious decision regarding the reorganization of EVIP Business Consulting Group by limiting its resources and services to 3 companies, still acting as a Group, but not connected by capital. The Boards of Directors of these companies are strengthened by the appointment of Paula Plucińska and Filip Pluciński, the second generation, educated in the United States and Great Britain, in the area of modern business strategy.

EVIP Centrum Sp. z o.o. begins conducting development projects on its own account. The first own project started by the special purpose vehicle Polish Mountain Resort Szklarska Sp. z o.o. Sp. K. linked by capital is the development of a hotel facility with a SPA in Szklarska Poręba under the international brand Hôtels & Préférence.

EVIP Centrum becomes a co-owner of the special purpose vehicle Your Home Konstancin Sp. z o.o. through which a development project is carried out, assuming the construction of a modern Senior Home in Habdzin near Konstancin Jeziorna.
The developer brand Realvest is created by EVIP for special purpose vehicles conducting real estate and development projects. The first company to bear this brand is Realvest Piaseczno Sp. z o.o. established in 2019.

This website uses cookies to improve your experience while you navigate through the website. Out of these, the cookies that are categorized as necessary are stored on your browser as they are essential for the working of basic functionalities of the website. We also use third-party cookies that help us analyze and understand how you use this website. These cookies will be stored in your browser only with your consent. You also have the option to opt-out of these cookies. But opting out of some of these cookies may affect your browsing experience.
Necessary Always Enabled
Necessary cookies are absolutely essential for the website to function properly. These cookies ensure basic functionalities and security features of the website, anonymously.
Functional
Functional cookies help to perform certain functionalities like sharing the content of the website on social media platforms, collect feedbacks, and other third-party features.
Performance
Performance cookies are used to understand and analyze the key performance indexes of the website which helps in delivering a better user experience for the visitors.
Analytics
Analytical cookies are used to understand how visitors interact with the website. These cookies help provide information on metrics the number of visitors, bounce rate, traffic source, etc.
Advertisement
Advertisement cookies are used to provide visitors with relevant ads and marketing campaigns. These cookies track visitors across websites and collect information to provide customized ads.
Others
Other uncategorized cookies are those that are being analyzed and have not been classified into a category as yet.
SAVE & ACCEPT